KARACHI: Trading at the Pakistan Stock Exchange was paused for 45 minutes on Monday after the benchmark index fell 2,106 points soon after opening.

According to reports from the market, trading was halted at around 9:37am after a rapid 5.83 per cent decline (2,106 points) in share prices.

After trading resumed at 10:24am, stocks continued their slide to reach the largest ever intra-day plunge in Pakistan’s history. By 10:35am, the benchmark index was down 2,302 points or 6.02pc.

But soon after reaching its nadir, the market began reversing and by the day’s close, stocks had recovered 1,137 of the 2,302 points lost earlier in the day.

But soon after reaching its nadir, the market began reversing and by the day’s close, stocks had recovered 1,137 of the 2,302 points lost earlier in the day.

According to reports from the market, activity was paused around 9:40am after a rapid 5.83 per cent decline in share prices was witnessed. According to bourse rules, if the KSE-30 index falls 4pc or more, trading is halted for 45 minutes.

A spokesperson of the Securities and Exchange Commission of Pakistan said a market halt rule had been introduced by the SECP a few months ago “to deal with such panic situations”.

SECP is monitoring the situation to ensure fair and transparent trading, he added. He said the break in trading gives companies time to collect margins and settle trade.

“It also gives companies and investors a cooling period to settle down. After margins have been collected successfully, trading session is resumed.”

Following resumption of trading, the market recovered some of its losses, with the KSE-100 index down 1,313 points or 3.56pc at 1:40pm – a recovery of 793 points from when trading was locked earlier today.

Discussing the tumble, Deputy Head of Research at AKD Securities, Ali Asghar Poonawala, said: “Following the failure of Organisation of the Petroleum Exporting Countries (Opec) talks to yield any consensus on output cuts and ongoing spread of COVD-19 virus beyond China, crude benchmarks tumbled drastically with Brent down close to 31% – the most drastic decline since the 1991 Gulf War.” 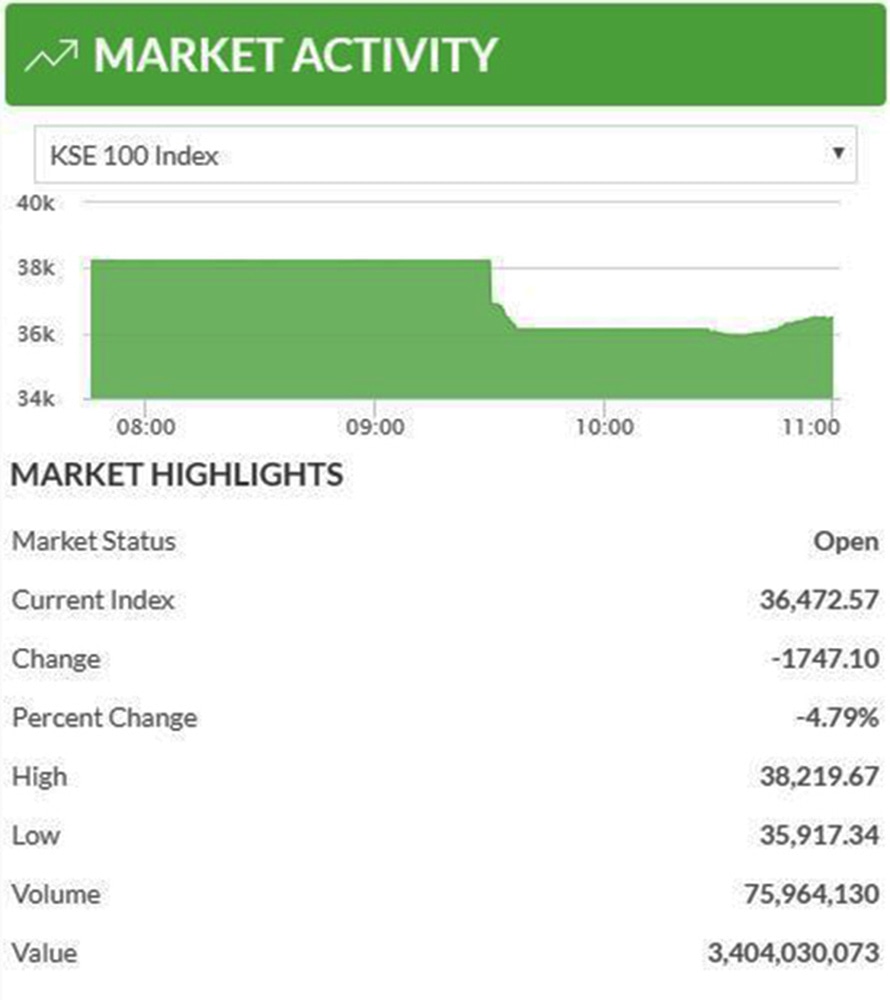 “With no Opec deal on the horizon, previous cuts of 1.7million barrels per day (bpd) agreed upon by the 23 country cartel will likely expire, unleashing significant supply upswing. 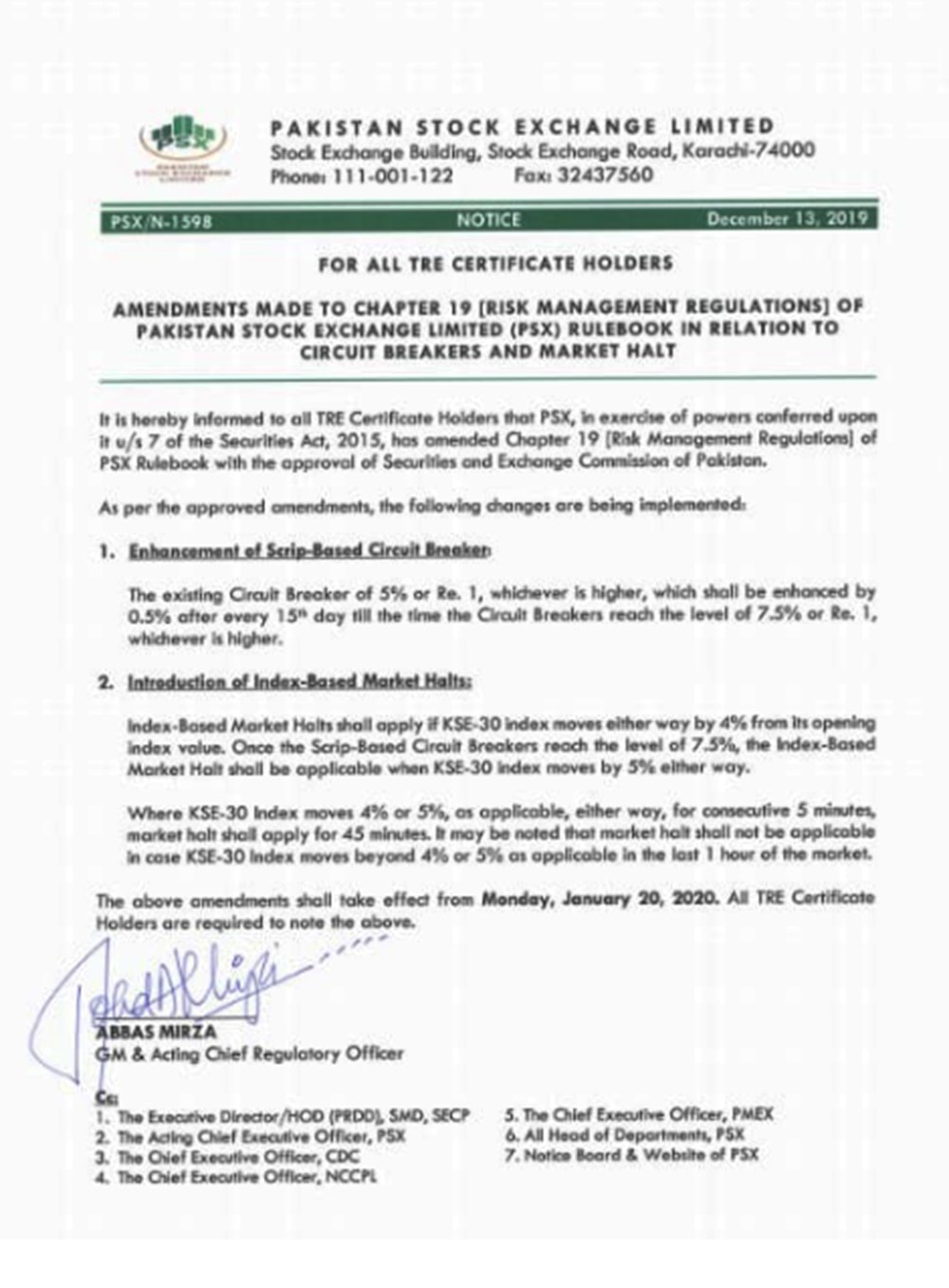 “Additionally, from early January peaks, crude benchmarks had already shed 30pc of their value on the back of coronavirus spreading beyond China and spillovers for global economic growth,” Poonawala said.

Head of Foreign Institutional Sales at Next Capital Limited Muhammad Faizan told media that markets have been falling internationally due to coronavirus and Russia’s decision to back out of the Opec deal.

International oil prices fell by as much as a third when Saudi Arabia decided to start a trade war after Russia refused to back further steep output cuts proposed by Opec to stabilise oil markets hit by worries over the global spread of the coronavirus.

Saudi Arabia over the weekend cut its official selling prices for April for all crude grades to all destinations by between $6 and $8 a barrel.

Saudi Arabia plans to boost its crude output above 10 million bpd in April after the current deal to curb production expires at the end of March, two sources told Reuters on Sunday.

Trading floors were a sea of red, with Tokyo, Sydney and Manila plunging around six percent, while Hong Kong shed 3.5 percent by lunch.

Mumbai, Singapore, Seoul, Jakarta and Wellington were more than three percent down, Shanghai and Taipei shed at least two percent and Bangkok gave up five percent. The losses tracked sharp falls in Europe and Wall Street on Friday.

With additional input from AFP/REUTERS.