Major plane crashes in Pakistan through the course of history

KARACHI: A Pakistan International Airlines (PIA) passenger plane carrying almost a 100 passengers crashed in a residential area near Karachi’s Jinnah International Airport on Friday less than a minute before landing.

Here’s a look at the history of plane crashes in Pakistan:

Early news reports suggest that 97 people were aboard the plane, including 85 passengers and 12 members of the flight crew. 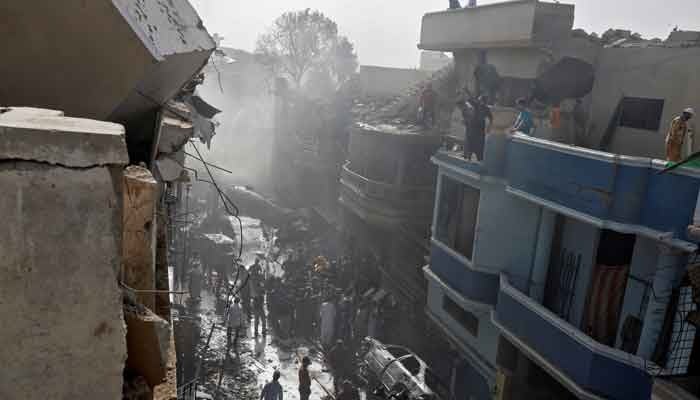 It is estimated that 97 people were aboard the plane, including 85 passengers and 12 members of the flight crew.

A Pakistan International Airlines ATR 42-500 was destroyed after crashing in a hillside near Havelian, Pakistan.

The aircraft took off from Chitral and was headed for Islamabad and killed all 47 on board, which included the flight crew. One of the passengers included former singer Junaid Jamshed. 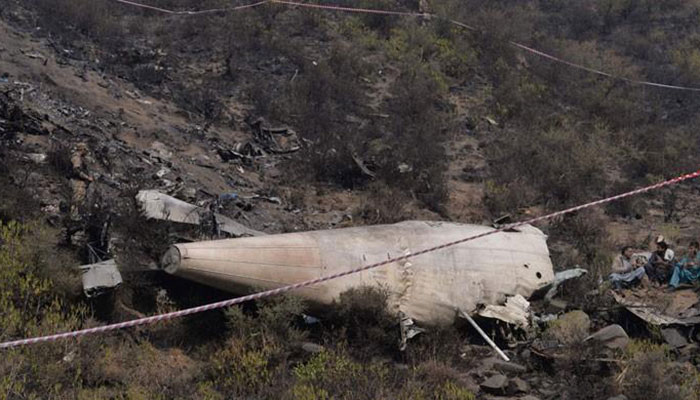 On April 20, 2012, a Bhoja Airlines plane, flying from Karachi to Islamabad, had confronted a tragedy after it was trapped in bad weather near the Pakistani capital.

Officials said over 125 people were killed. This was the second-deadliest aviation accident in Pakistan after the July 2010 crash.

On November 28, 2010, at least 12 people were killed when a Russian-made cargo plane operated by a Georgian airline Sunway had crashed seconds after taking off from Karachi.

On November 5, 2010, a twin-engine plane, operated by Pakistani charter JS Air, had crashed shortly after take-off in Karachi, killing all 21 people on board. The plane was carrying staff of an Italian company to the Bhit gas field in Jamshoro district, where they were going on an exploration mission.

On July 28, 2010, an Airblue Airlines aircraft (flying from Karachi) had smashed into the Margalla Hills outside Islamabad while it was preparing to land. All 152 people onboard had lost lives.

On July 10, 2006, a Multan to Lahore Fokker flight could not reach its destination as it had crashed into a wheat field after burning into flames just about 10 minutes after the takeoff. The crash had killed all the 41 passengers and crew members were killed.

On February 19, 2003, an Air Force Fokker F27 had crashed in the fog-shrouded mountains near Kohat, killing the then Pakistan Air Force Chief Mushaf Ali Meer, his wife and 15 others.

On August 17, 1988, a US-made Hercules C-130 military aircraft had crashed near Bahawalpur, after it had caught fire, killing the then military ruler General Ziaul Haq and 30 others including Pakistani generals and the US ambassador.

On December 8, 1972, a PIA Fokker F27 flying from Gilgit to Rawalpindi had nose-dived into a snow-capped mountain village called Maidan near Jallkot, killing at least 31 people.

On March 26, 1965, a PIA Peshawar-Chitral flight had crashed at Lowari Pass near Dir valley, killing 22 of the 26 people on board.

Another Vickers Viscount 815 crashed while a being operated by a training pilot in Karachi.

On July 1, 1957, some 24 were killed after a Chittagong to Dhaka flight had crashed into the tides of the Bay of Bengal.

At 2:56 pm on February 25, 1956, a Gilgit-Rawalpindi freight plane crashed near the village of Jalkot in Khyber Pakhtunkhwa due to rain, sleet and thunderstorm, killing all three people onboard.