A Pakistan International Airlines (PIA) aircraft, flying from Lahore to Karachi, crashed near the port city’s airport in the densely populated area of Model Colony on Friday.

After the incident, many came forward and extended their condolences. Celebrities from Pakistan and India mourned the death of the precious lives lost in the unfortunate plane crash.

Alongside the Indian and Pakistani stars, the cast of popular Turkish show Diliris: Ertugrul also stood with Pakistanis in their moment of grief.

The cast took to social media to share their messages. Here’s what they wrote: 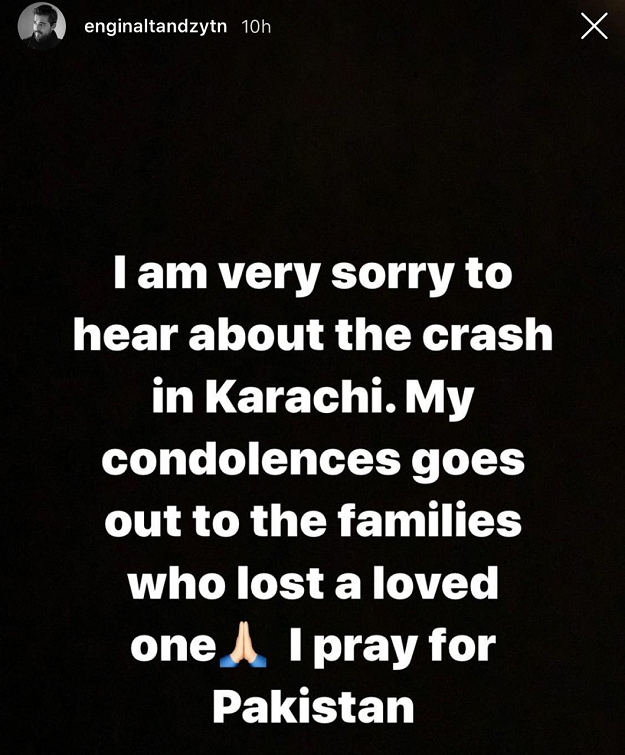 Dear #Pakistan , please accept my most sincere condolences on your loss today. Praying all the souls of the departed, praying for their families and those who have survived.

Cavit Çetin Güner who plays the character of Dogan Alp 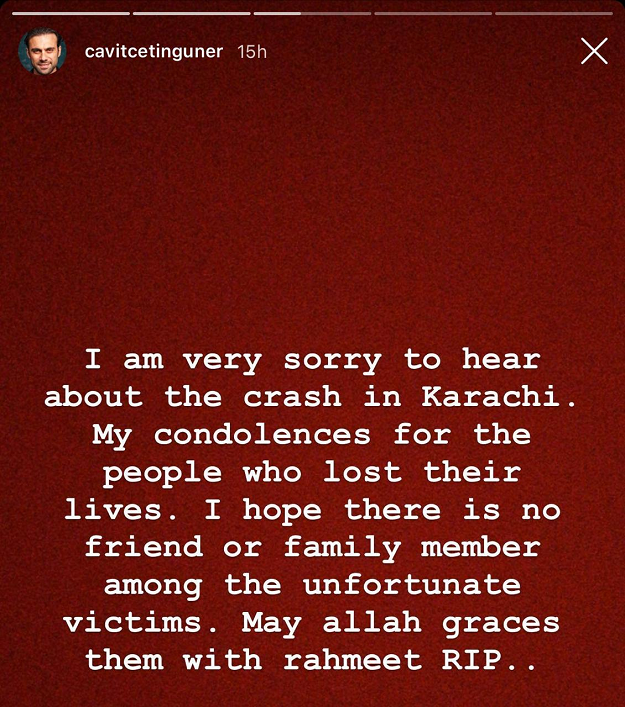 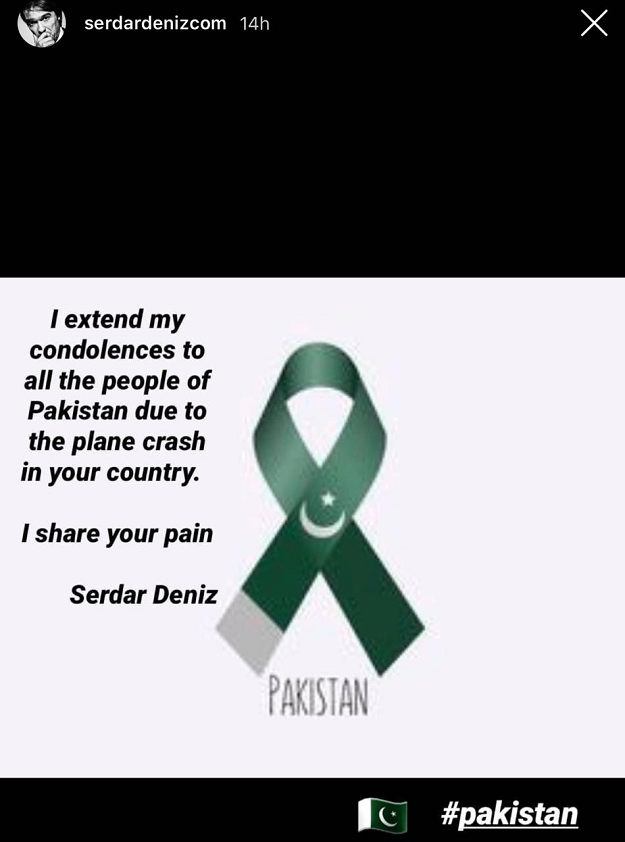 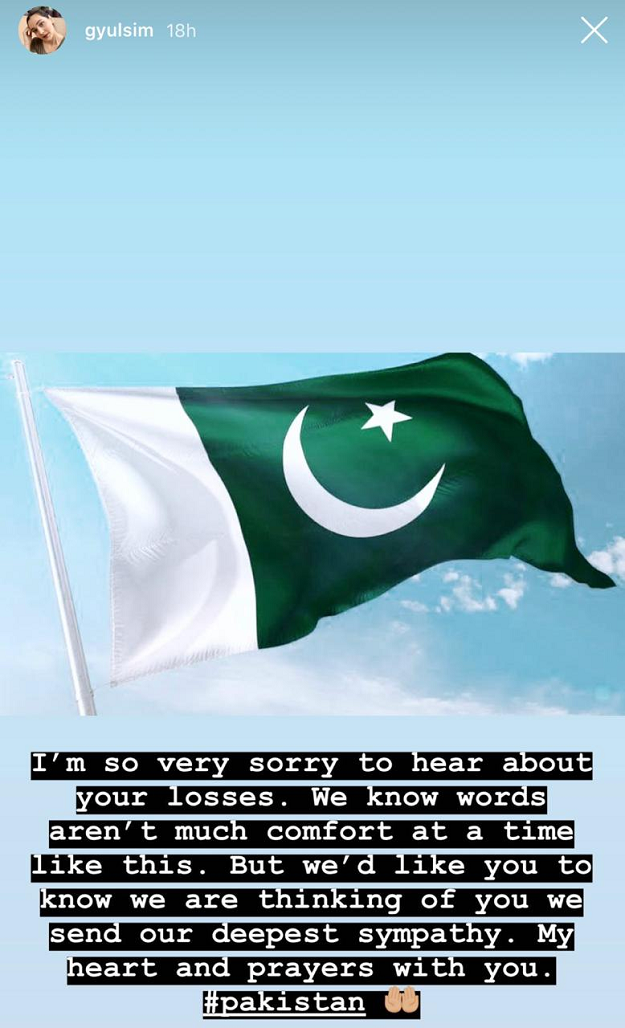 PIA flight PK8303 had 99 passengers and eight crew members on board during the time of the incident. The crash caused significant damage in the residential area and reportedly destroyed four houses.

The plane was close to landing when it came down among houses, sparking an explosion and sending plumes of smoke into the air that could be seen from some distance away.