Sarah Khan and singer Falak Shabir have officially kicked off their wedding festivities with a stunning mayun ceremony on Wednesday.

The news came just a few hours after Sarah announced her engagement to Falak taking the internet by surprise.

The newly-engaged duo are all set to tie the knot tomorrow reportedly.

Looking at glimpses from the mayun event taking all over the web, Sarah can be seen clad in a yellow traditional shalwar qameez while Falak can be seen looking dapper in a red kurta shalwar. 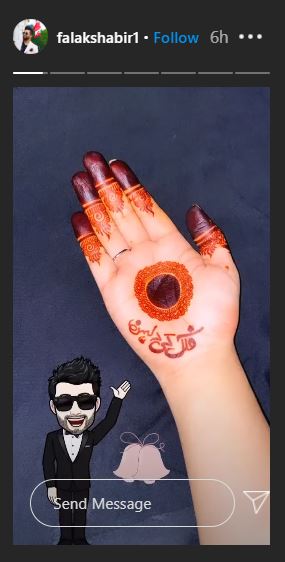 Another picture showcases the event stage adorned with flowers. 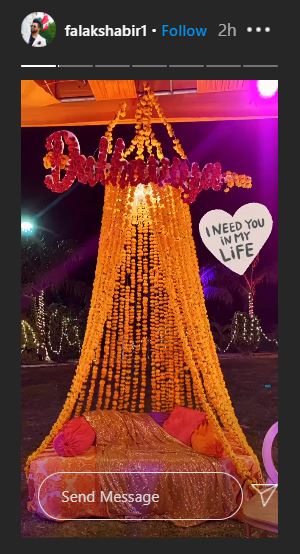 A video from the couple’s proposal is also breaking the internet recently wherein Falak can be seen getting down on one knee and popping the big question to Sarah on her birthday party.