Talking to media in Narowal flanked by PML-N spokesperson Marriyum Aurangzeb on Tuesday, he said that former Pakistan Cricket Board (PCB) chairman Najam Sethi has promised to hold a Pakistan Super League (PSL) match at the Narowal Sports City Complex. 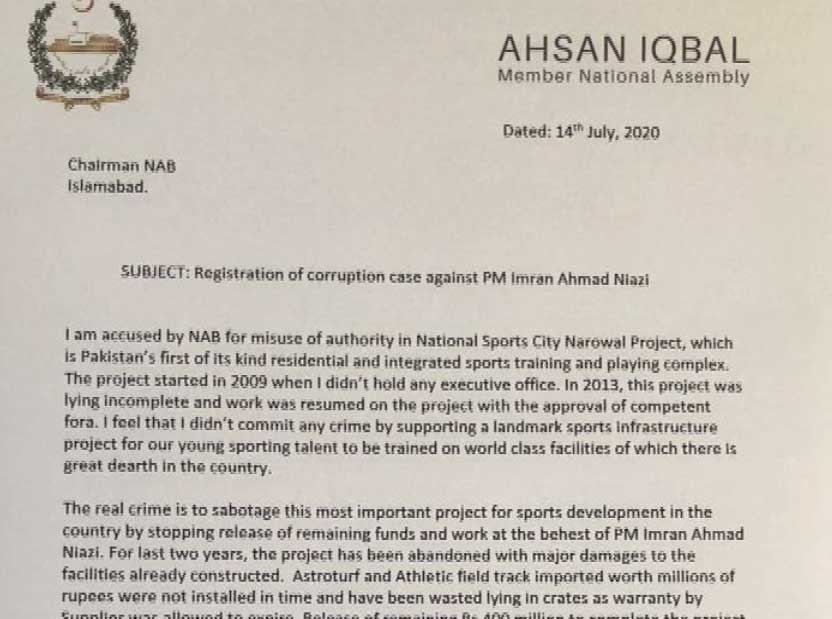 The PML-N leader said that a case was lodged against him over irregularities in the Narowal Sports City Complex, adding that the astroturf of the complex imported worth millions of rupees were not installed on time and has been wasted. He said Pakistan lost sports project as a result of revenge tactics, adding that Narowal City Complex project should be completed immediately.

Ahsan Iqbal further said that the PM Imran Khan withheld the funding of the sports complex soon after coming into power, adding that baseless allegations were levelled against him.

The project where our Olympians would have been trained has been sabotaged,” he said and added all national players had played matches in the Narowal Sports City Complex.

The PML-N leader went on to say that Peshawar’s BRT project is the biggest corruption scandal of the incumbent government. He said: “The anti-graft watchdog convenes a meeting in 2 hours to appeal against our bails, adding the PTI looted Rs300 billion but there is no one to question them.”