PAKISTAN: Chairman of Central Ruet-i-Hilal Committee Mufti Munibur Rehman announced on Monday that the faithful should pay Rs100 per head as Fitra if they wanted to make the payment on the basis of wheat flour price. 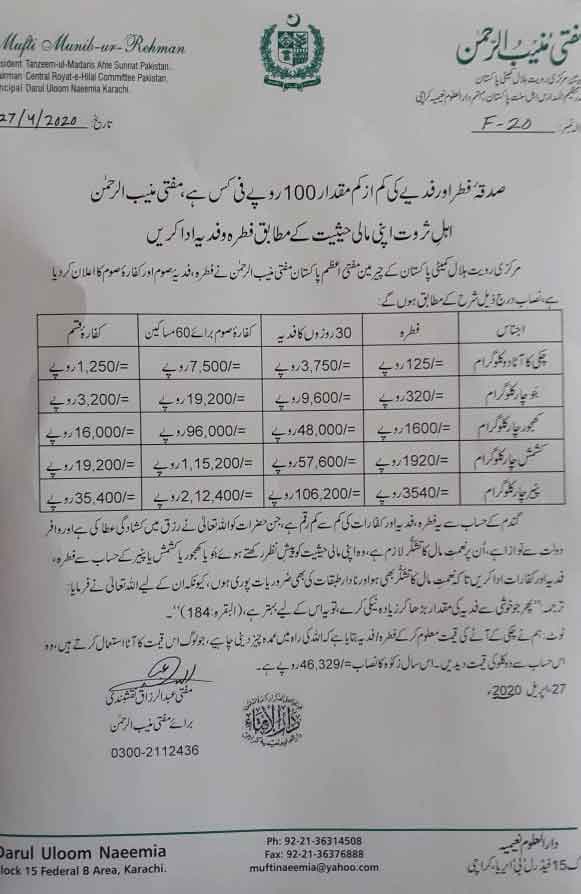 Mufti Munib said the real spirit behind the Fitra and Fidya was a two-time meal for a destitute person, which cost around Rs125 a day.

He said the wealthy people should try to pay more as this is also the wish of the Almighty Allah.