The government on Friday allowed international flight operations in Pakistan to fully resume at all airports, a day after it announced the lifting of several coronavirus restrictions in light of reducing cases and deaths.

A NOTAM (notice to airmen) issued by the Civil Aviation Authority (CAA) said that operations will resume from August 9 midnight. 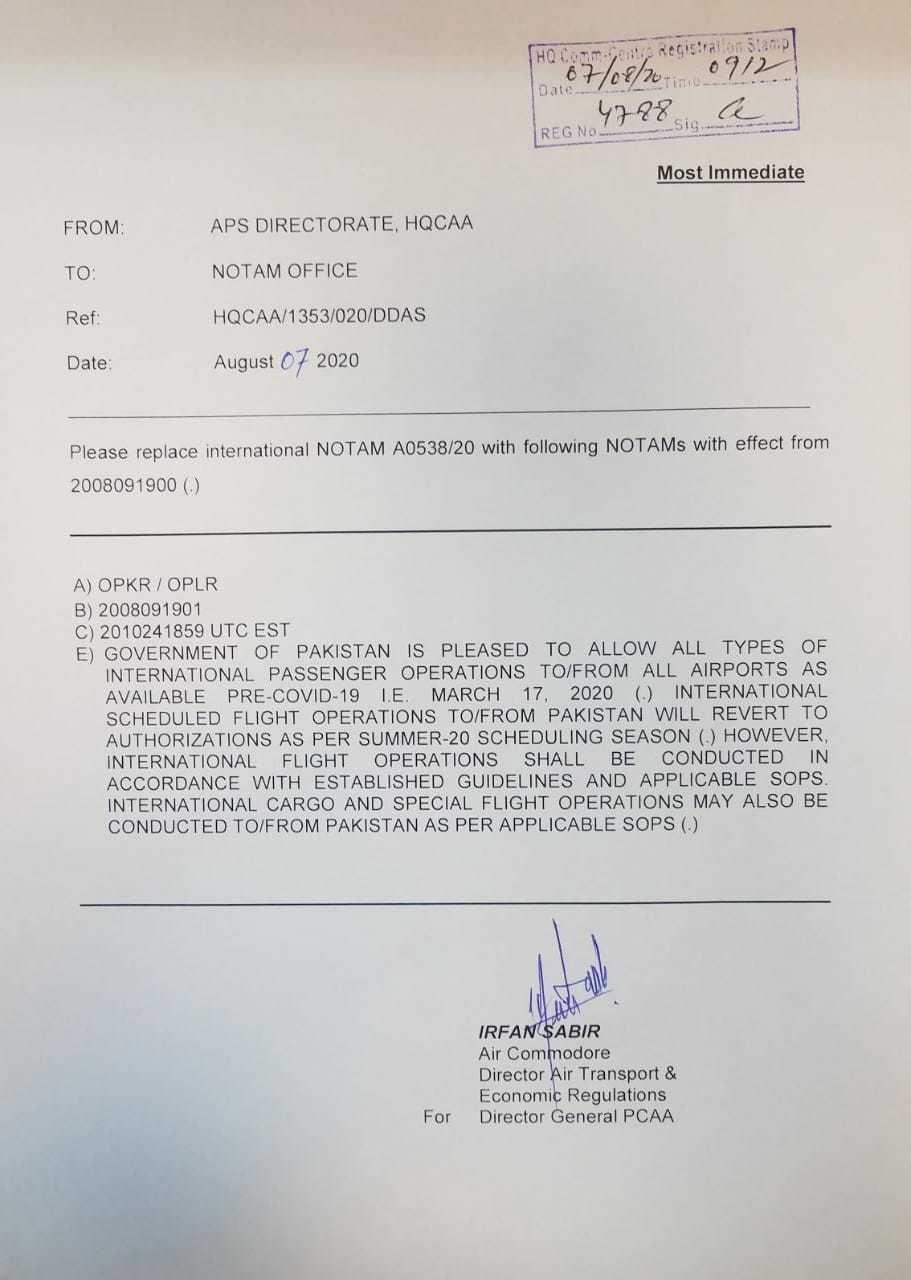 “The government of Pakistan is pleased to allow all international passenger operations to/from all airports as available pre-Covid-19.

“International cargo and special flight operations may also be conducted to/from Pakistan as per applicable SOPs,” it said.

Aviation Division’s senior joint secretary, Abdul Sattar Khokhar, said all operators would be required to implement the established guidelines, SOPs, and that they would seek prior schedule approval from the competent authority.

Cargo, special flights and private aircraft operations would also be available for all airports subject to compliance with relevant SOPs, he had said.

Pakistan had suspended all international flights on March 21 and domestic flight operations on March 26 due to the spread of the novel coronavirus.