Badar Rasheed, the man behind the sedition case against former prime minister Nawaz Sharif, has a criminal record — including an attempted murder charge — with cases reigistered against him in multiple police stations of Lahore, the police said on Tuesday.

The police said that Rasheed has cases of attempted murder, illegal weapons and interference in government matters lodged against him. Interestingly, the attempted murder case has been registered in the Shahdra Police Station, the same police station where the sedition case was registered.

The police also confirmed that Rasheed has also been arrested in some cases.

It also said that he has also fought an election for a Union Council chairman post on a Pakistan Tehreek-e-Insaf (PTI) ticket.

Meanwhile, pictures of Rasheed along with Punjab Governor Chaudhry Sarwar also emerged on Tuesday. It was also reported that Rasheed was the president of PTI’s youth wing in Ravi Town. 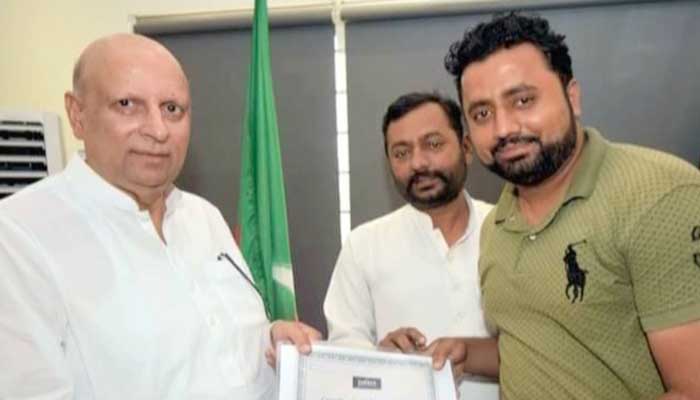 A spokesperson of the Punjab governor, when contacted, distanced himself from the pictures saying that the Sarwar had no role in the lodging of the case against Nawaz Sharif.

The spokesperson also said that multiple people visit the Punjab governor and it was “routine” to take pictures with him.

Meanwhile, President of PTI Punjab Ijaz Chaudhry distanced the party from Badar Rasheed and said that he has no association with the ruling party. He added that PTI did not have any youth wing.

PML-N’s information secretary Azma Bukhari alleged that specific clauses in the FIR were registered on the orders of PM Imran Khan.

“No police officer can impose the clauses in the FIR without the consent of the government,” said Bukhari. She added that Fawad Chaudhry was using “crocodile tears” to claim that the prime minister had no knowledge about the FIR. 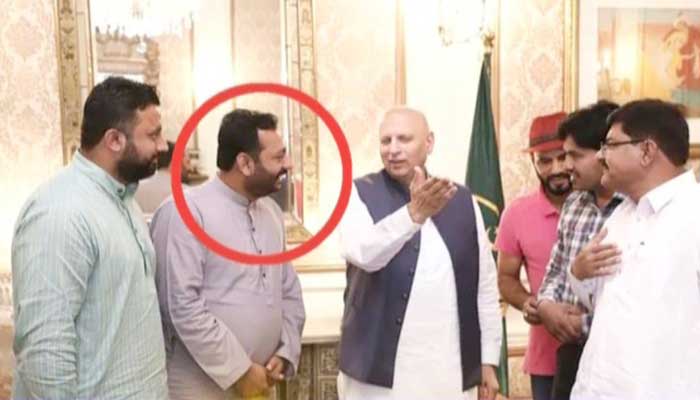 “Mr Imran, if you do not know about the orders and powers of the executive, then why are you in the Prime Minister’s House?” asked Bukhari. She added that the prime minister will have to answer to every injustice done to Nawaz Sahrif and PML-N workers.

Former prime minister Nawaz Sharif and the top leadership of PML-N was named in a first information report (FIR) on Monday for delivering provocative speeches from London “to defame Pakistan’s institutions”.

The complainant claimed that Nawaz hatched a criminal conspiracy by delivering speeches from London on the electronic and social media on Sept 20, 2020 during the All Parties Conference (APC), and PML-N’s central working committee (CWC) and central executive committee meetings on Oct 1, 2020.

The complainant alleged that the former prime minister, in his speeches, supported the policies of India, and claimed that Nawaz wanted to give an impression that Pakistan would be listed in the Financial Action Task Force (FATF) black list in its upcoming meeting.

The citizen, in the FIR, claimed that Nawaz, in his speeches, wanted to divert the attention of people across the world from Indian forces’ atrocities in occupied Jammu and Kashmir and India’s occupation of the territory.