The Pakistan Meteorological Department on Friday issued a weather advisory for Sindh in which it said widespread rainfall and intermittent thundershowers were expected in several areas of the province for three days.

In a notification, the Met department said monsoon currents were expected to strengthen in Sindh, which would generate widespread rainfall in the province, particularly in Karachi, Hyderabad, Thatta, Badin, Sanghar, Mirpurkhas, Tharparkar, Umerkot, Jamshoro and Dadu from Sunday (night) to Tuesday. 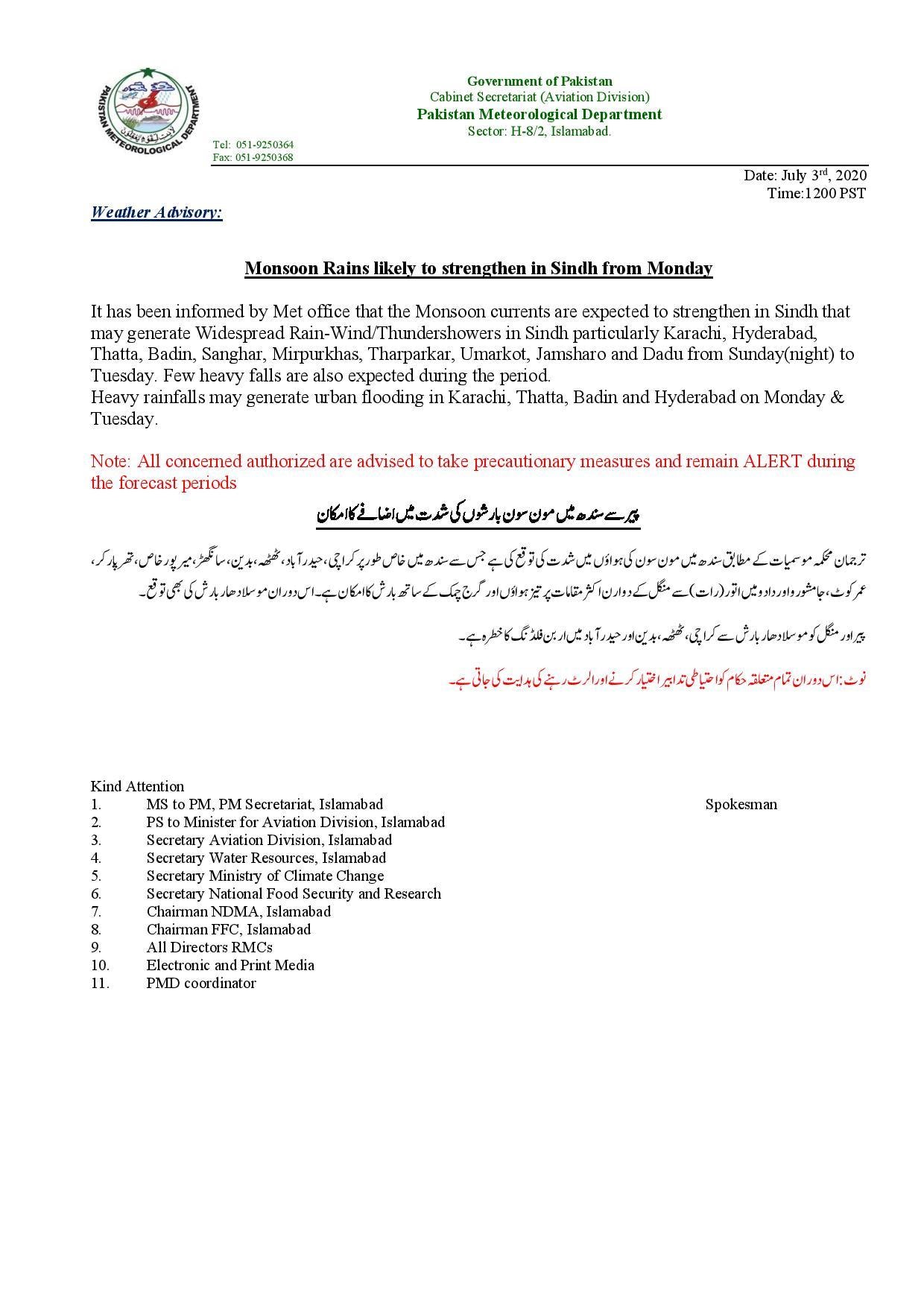 “Heavy rainfall may also cause urban flooding in Karachi, Thatta, Badin and Hyderabad on Monday and Tuesday,” it said, urging the concerned authorities to remain alert during this period.

Speaking to media, the department’s director, Sardar Sarfaraz, said monsoon rains will begin in the province on June 6.

“Before the monsoon, there is also a possibility of dust storms and gusty winds blowing at a speed of between 20-30 nautical miles. The rainfall is likely to continue in intervals until the early hours of the morning on June 8.”

He added that the temperature was expected to rise before the rainfall as a result of the sea breeze being cut off. “It can go up to 48 or 49 degrees Celsius.”

The official advised citizens that were out of their homes during the dust storm to seek shelter.

“Don’t stand underneath billboards or trees during the dust storm,” he said, adding that there was also a risk of urban flooding in low-lying areas.