Officials posted at the Pakistani High Commission in the United Kingdom informed the Islamabad High Court on Wednesday that a representative of Nawaz Sharif had initially agreed to receive the arrest warrants against the PML-N supremo, but changed his mind minutes before their arrival to the former prime minister’s Park Lane residence.

In a written reply submitted to the court, First Secretary of the High Commission Dildar Ali Abro said that Waqar Ahmed, a secretary to Nawaz Sharif’s son, called him and informed him that he will receive the warrants for the former prime minister. 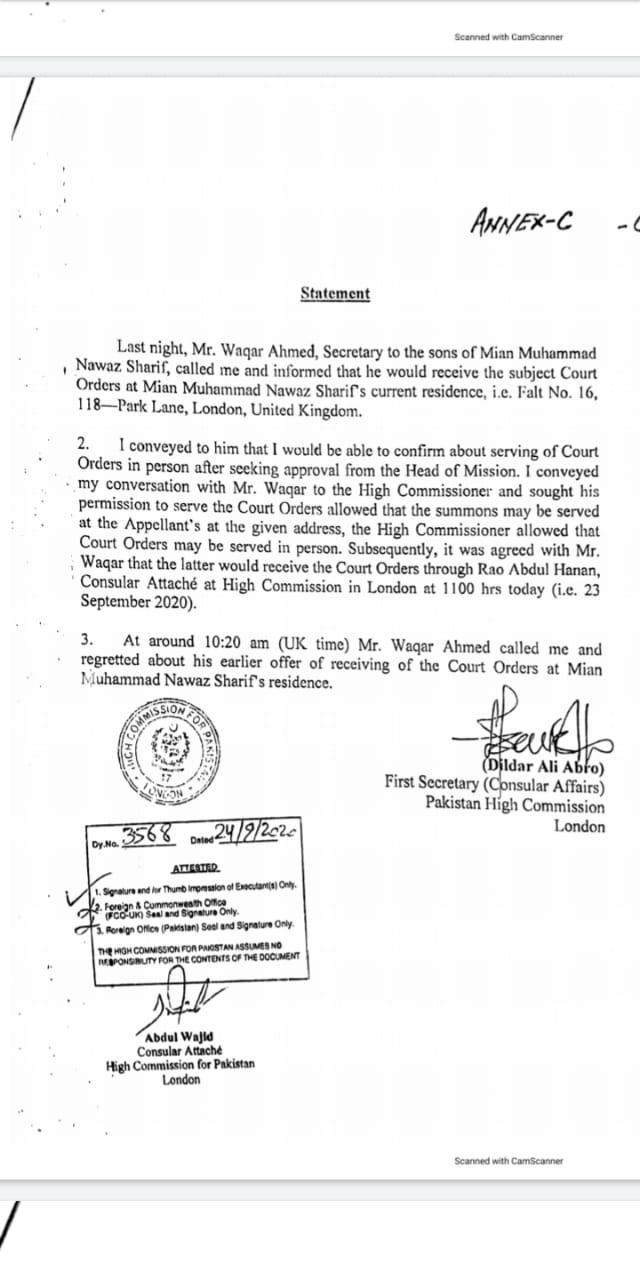 Abro told the court that Waqar initially agreed to receive the warrants at Nawaz Sharif’s Park Lane residence in London. He then informed the High Commission of Waqar’s response, adding that the mission then allowed him to serve the warrants at the address.

“It was agreed with Waqar that he would receive the warrants on September 23 at 11am,” Abro told the court. He added that Waqar was also informed that the mission’s Consular Attache Rao Abdul Hanan would hand over the warrants.

“At 10:20am Waqar called me to apologise and declined to receive the warrants,” Abro told the court.

The Islamabad High Court had, in its last hearing, directed High Commission’s attache Rao Abdul Hanan to record a statement in the next hearing of the case via a video link.

During the same hearing, the IHC had observed that former prime minister Nawaz Sharif’s exit from Pakistan was a “mockery of the system” after Additional Attorney General Tariq Khokhar presented a compliance report on Nawaz Sharif’s arrest warrants issued by the high court. 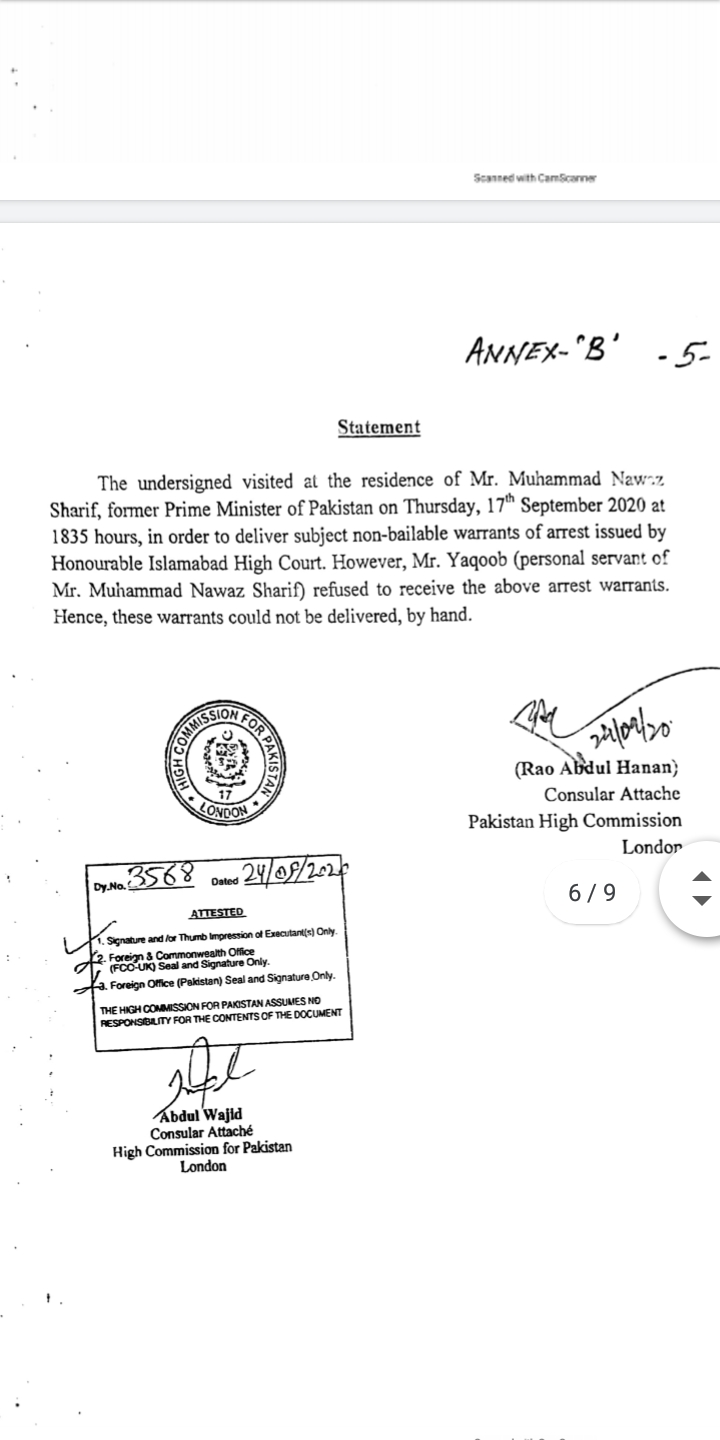 The report was submitted to the two-member bench comprising Justice Mohsin Akhtar Kayani and Justice Aamer Farooq, who are hearing a petition filed by the former prime minister against his sentence in the Avenfield case.

Earlier, Khokhar, while briefing the court on attempts made to arrest Nawaz Sharif, said that Hanan had visited the residence of the PML-N chief in London. He added that Eddie, the person at the apartment, had “refused” to receive the arrest warrant.

“Every effort was made to enforce Nawaz Sharif’s arrest warrant,” the government’s lawyer told the court. He also read Hanan’s statements regarding the arrest warrant.

In September, the IHC had issued non-bailable arrest warrants for Nawaz Sharif during a hearing over the former prime minister’s petition requesting exemption from appearing before the court.

In the brief ruling, IHC’s Justice Mohsin Akhtar Kayani remarked that the PML-N supremo neither underwent a surgery despite citing it as a reason behind obtaining bail to travel to the United Kingdom nor was he admitted to a hospital.

“Our bail order has expired, which has its own effects,” the judge said during a hearing at the IHC over a petition to cancel Nawaz’s bail in the Avenfield properties reference.