The US-based University, which has been keeping a tally of coronavirus cases and deaths from 188 countries, ranked Brazil the highest in terms of positivity rate at 36.68% on June 23. 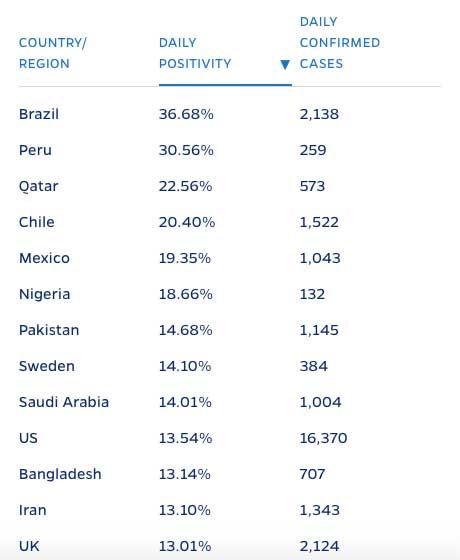 A positivity rate is the total number of tests conducted in a day and the number which came back positive for COVID-19. Experts consider this percentage one of the most reliable way to determine if a country is testing enough.

“A high rate of positive tests indicates a government is only testing the sickest patients who seek out medical attention and is not casting a wide enough net,” noted the Johns Hopkins University.

The World Health Organisation (WHO) advises that governments should witness positivity rates below 5% for at least 14 days before easing any restrictive measures or to ease a lockdown.

In terms of daily positivity and daily tests conducted per capita in the South and Central Asia region on Tuesday, Pakistan ranked the highest, followed by Bangladesh and India. All three countries are much above the WHO recommendation. 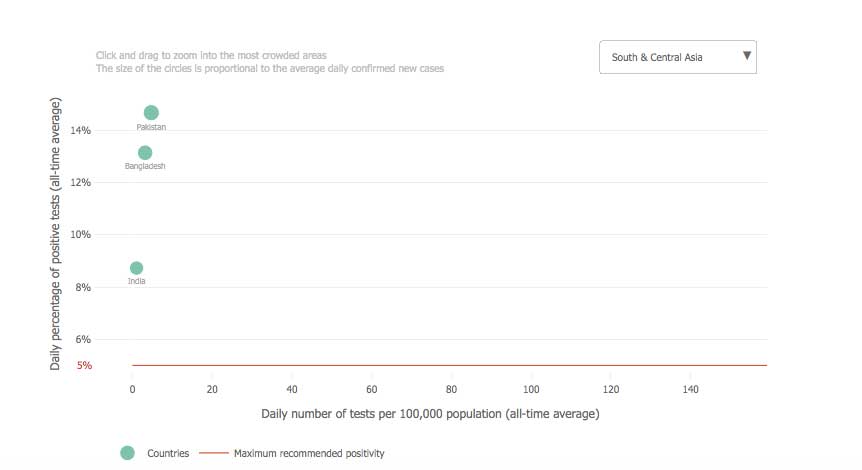 In terms of daily cases, Pakistan had the 12th most number of new infections.