If you thought Pakistanis are lacking behind in noble fields of the credible platforms, you are absolutely wrong. Truth is, it is not only Pakistanis, it is our women leading their names and making us proud by every bit of work they do.

The National Aeronautics and Space Administration (NASA) is a dream place for every Science enthusiast. NASA is the platform for space programs, aeronautics, and aerospace research that every aspiring scientist is keen about.

It is certainly a moment of sheer pride when our fellow Pakistanis triumph on the global stage. It reminds us that despite everything practically conspiring as a barrier to our progress, we are unstoppable and do not lack the potential as would aspiring people belonging from the 1st world would.

We have across many Pakistanis who have set remarkably standards of their working supremacy and have been engaged in some of the most notable working places, such as NASA.

Presenting another Pakistani to have the spectacular feat, Hibah Rahmani who is a scientist by trade, working as avionics & flight control engineer at NASA!

Hibah story is an eternal inspiration to all of us. She was born in our country but moved to Kuwait shortly after. She recalls her childhood memories that perfectly account for her passion with aerospace. She remembers walking along with her family under the blue & starry nights of the Arabian Gulf. Hibah was fascinated at large by the blue skies swamped with millions of stars.

The all famous astronaut Neil Armstrong is her inspiration. Her passion for aerospace began just with it.

Since I was a child, I have been fascinated by the beautiful night sky. My fondest memories growing up is taking walks with my family at night, either in the desert or on the sidewalk by the Arabian Gulf, looking up at the sky to admire the moon and stars, and thinking about astronauts like Neil Armstrong who have stepped on the moon. It is around this time when I developed a passion for science, space, and astronomy. 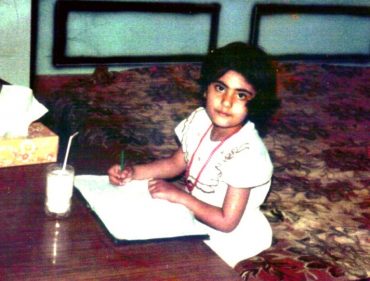 Maths & Science were her favorite subjects and by the time she got in 8th grade, she had her vocation

Math and science were my favorite subjects in school. Math was my dad’s favorite subject and he used to tell me that I should try to get 100% marks on my Math tests. When I was in the 8th grade, I knew that I wanted to become an engineer because it would allow me to apply what I learned in math and science.

This was my first time away from my family and I had to learn quickly how to live by myself at just 17 years old. I remember physics being my first hard class and I did not do well on the first exam

When I got my graded exam back, I could not believe that I received a 105% on the exam – I even got the 5 point bonus question right! This experience re-emphasized to me that anything is possible with consistent hard work and dedication, and to never give up on your goals and dreams.

I joined the Boeing Company at Kennedy Space Center (KSC) as a Systems Engineer working on International Space Station (ISS) processing. I was involved with integrated testing of the ISS components and sometimes astronauts would stop by to either view or participate in the testing.

I knew that in order to become an astronaut I had to pursue an advanced degree, so I obtained an M.S. in Electrical & Computer Engineering from Georgia Tech while working full-time.

I am in the Engineering and Technology Directorate, supporting the NASA Launch Services Program (LSP), working on expendable launch vehicles such as the Pegasus XL and Falcon 9.

I consider myself extremely blessed to have a job that I absolutely love, making contributions to the U.S. Space Program. The experiences of my life have taught me to always dream big and to never give up because you can achieve whatever you want if you work hard.

We consider it a deemed responsibility on us to bring the notable works of inspiring people that make our country proud. Hibah Rahmani is an absolute inspiration for many aspiring scientists in our country.

She sets a brilliant example for women as well who are always on the look for breaking stereotypes.