Iqra Aziz, a ‘Suno Chanda” star came in support for Fatima Sohail against Mohsin Abbas in her Instagram story, however not mentioning the accused actor over domestic violence directly.

In her Instagram story, the rising actress asserted that a ” man may become a strong man by going to the gym or building his body, but raising your hand against a woman disqualifies you from being a man,” said Iqra in her Instagram post. 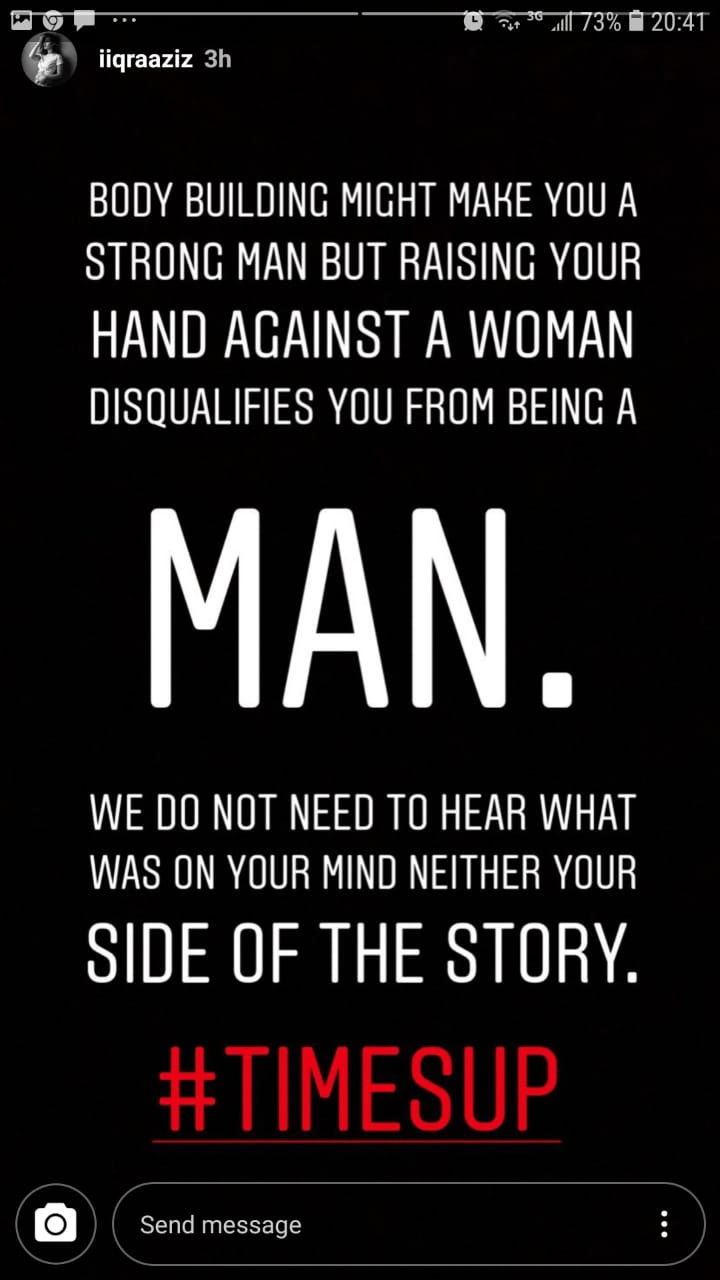 She ended her story by hastag #TimesUp.

Model, actor, and singer Mohsin Abbas Haider has been accused of domestic violence by his wife in a detailed social media post.

Fatima, Abbas’ wife, has recounted appalling details of her abusive relationship with the actor.

“On 26th Nov 2018, I caught my husband cheating. When I confronted him, instead of being embarrassed he started beating me. I was pregnant at that time!” she wrote.

“He pulled me from hair, dragged me on floor, kicked me several times, punched me on face & threw me on the wall. I was brutally beaten by my husband. My caretaker!” she added.

In the pictures shared by Fatima, multiple bruises can be seen on her face.

Fatima claimed, “while I was in operation theater in Lahore, my husband was in Karachi sleeping with his GF.”

The Na Maloom Afraad actor has announced to respond to allegations in a press conference with evidence.