At least 22 people died as the fiercest cyclone to hit parts of Bangladesh and eastern India this century sent trees flying and flattened houses, with millions crammed into shelters despite the risk of coronavirus.

Millions were left without power after Cyclone Amphan, packing winds of around 150 kilometres per hour, carried away electricity pylons, walls and roofs, officials said on Thursday as they began to assess the damage.

Residents in the Indian city of Kolkata, the capital of the hard-hit West Bengal state, awoke to flooded streets with some cars window-deep in water and television footage showed the airport inundated.

“The impact of Amphan is worse than coronavirus,” Mamata Banerjee, chief minister of West Bengal, told local media, saying that at least 12 people had died in the state.

“Thousands of mud huts have been levelled, trees uprooted, roads washed away and crops destroyed,” she said.

Bangladesh officials said at least 10 people had died, including a five-year-old boy and a 75-year-old man both hit by falling trees and a cyclone emergency volunteer who drowned. 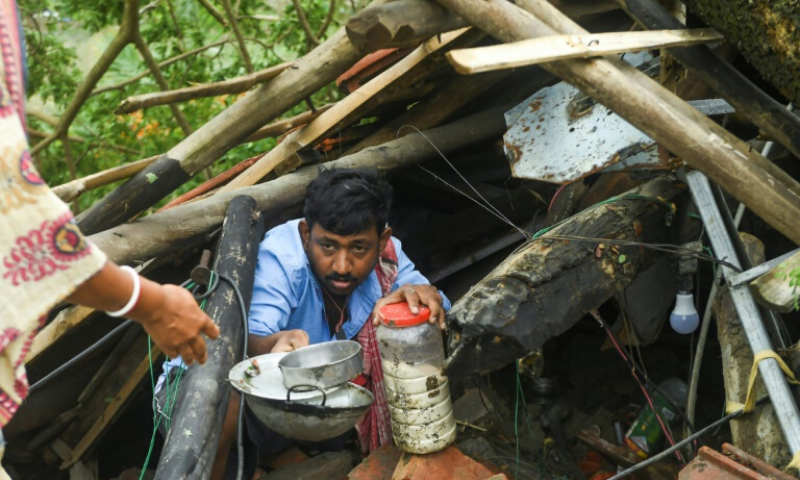 Officials said they were waiting for reports from the Sundarbans, a UNESCO World Heritage site famed for its mangrove forest and population of endangered Bengal tigers, which bore the brunt of the storm.

“We still haven’t got the actual picture of the damage. We are particularly concerned over some wild animals. They can be washed away during a storm surge in high tide,” forest chief Moyeen Uddin Khan told AFP.

Cyclones are an annual and growing hazard along the Bay of Bengal coast, claiming the lives of hundreds of thousands of people in recent decades.

But in recent years, despite an increase in their frequency blamed partly on climate change, improved warning systems have enabled authorities to be much better prepared.

The cyclone was weakening as it moved northwards through Bangladesh but still unleashed heavy rains and fierce winds in Cox’s Bazar, the district which houses about one million Rohingya refugees from violence in Myanmar. 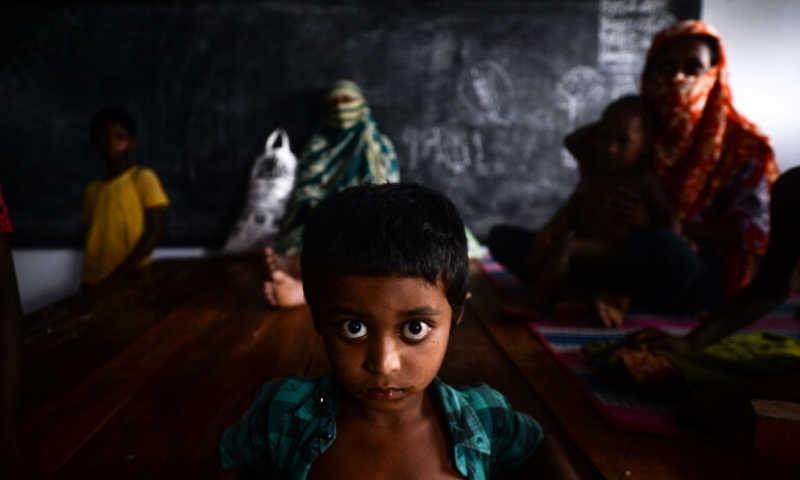 Amphan was the first “super cyclone” to form over the Bay of Bengal since 1999, and packed winds gusting up to 185 kph at sea.

It brought a storm surge — a wall of ocean water that is often one of the main killers in major weather systems — that roared inland.

Anwar Hossain Howlader, an official in the Khulna coastal district of Bangladesh, said a three-metre (10-feet) surge had destroyed embankments protecting villages despite locals toiling through the night.

“It caused massive destruction. Thousands of trees have been uprooted. Embankments have broken down at many places, inundating many villages. The damage and destruction of crops and fish farms have been huge,” he said. 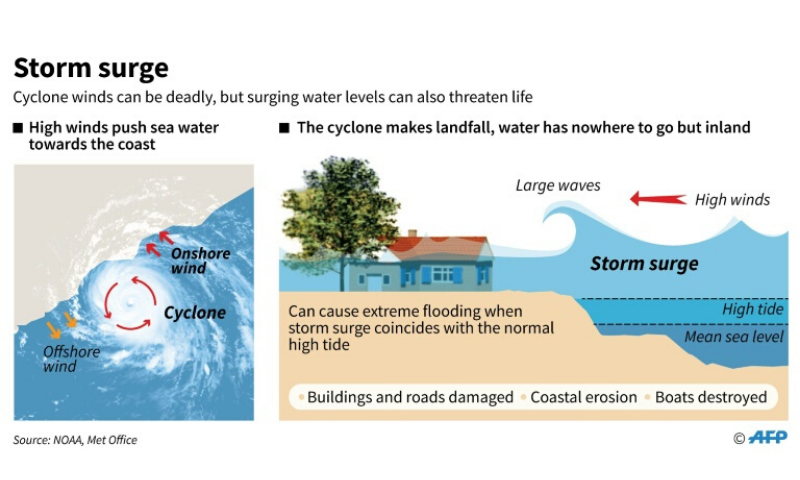 At the village of Purba Durgabati in Satkhira district, hundreds of villagers spend the night trying to mend a breach in the embankment that protected several villages from the Kholpetua river.

But the surge unleashed by the cyclone washed away some two kilometres of the embankment, which also doubled as a village road. As a result sea water inundated some 600 homes and washed away thousands of shrimp and crab farms.

“My home has gone under water. My shrimp farm is gone. I don’t know how I am going to survive,” Omar Faruq, 28, told AFP.

The last super cyclone in 1999 left nearly 10,000 dead in India’s Odisha state, eight years after a typhoon, tornadoes and flooding killed 139,000 in Bangladesh.

More than three million people were evacuated from coastal villages in both countries.

Because of coronavirus, authorities said they used extra shelter space to reduce crowding, while making face masks compulsory and setting aside isolation rooms.

But many stayed put. Sulata Munda, a villager in Bangladesh on the edge of the Sundarbans, said she and fellow villagers decided not to go to a shelter.

“We fear the cyclone but we also fear the coronavirus,” the mother of four said.